Travel planner for Bangkok with lots of tips for things to do, relaxed shopping, delicious food, get to know people and many things more. We inform you about possible trips in Bangkok, show you easy ways to organize your individual tours.

Welcome to
Make My Bangkok Holiday!

Make My Bangkok Holiday give you information about the top sights in Bangkok and beyond,
for an individual, special and unforgettable holiday in Bangkok and around.
We show you many impressive places and how you can easily find them.

You are the first time in Bangkok? We give you basic information about the public traffic system, other usufull information or just some easy hints for one or another situation. You still visited Bangkok and still have visited some nice places? We can show you more interesting places to your individual interests. There are many surprising things to explore in Bangkok!

Example? How about a thrilling Muay Thai boxing match? Traditional, fascinating, in a rousing atmosphere.

The Rajadamnern Boxing Stadium was built in 1945, it is the oldest Thaibox Stadium in Thailand and enjoys a high reputation, its worldwide renown has made it an institution of Muay Thai in Thailand. The boxing arena is about 2km away from the BTS station "Ratchathewi", so relatively far on foot. A ride on a tuk tuk or taxi speeds up the arrival.

For an individual and special holiday in Bangkok and Bangkok as a starting point to other cities. 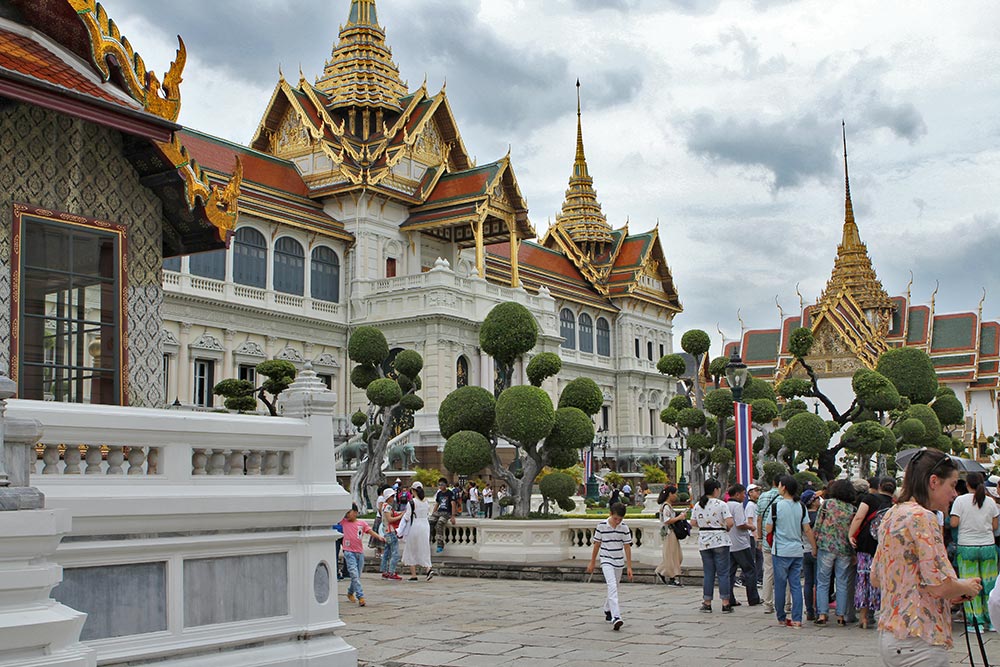 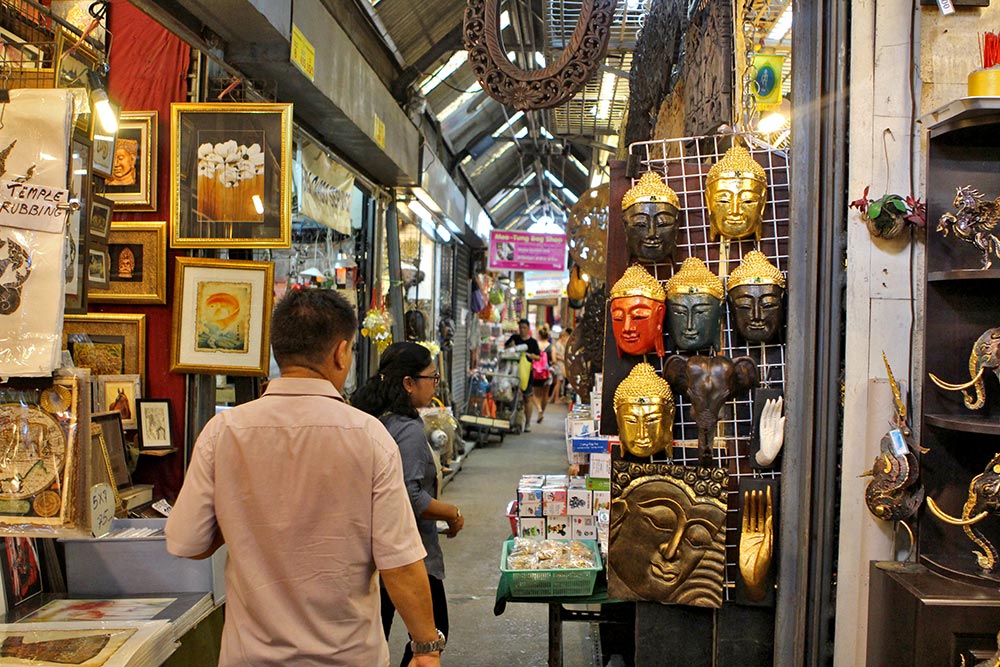 Shopping paradise with many clothes, items for fun & souvenirs. 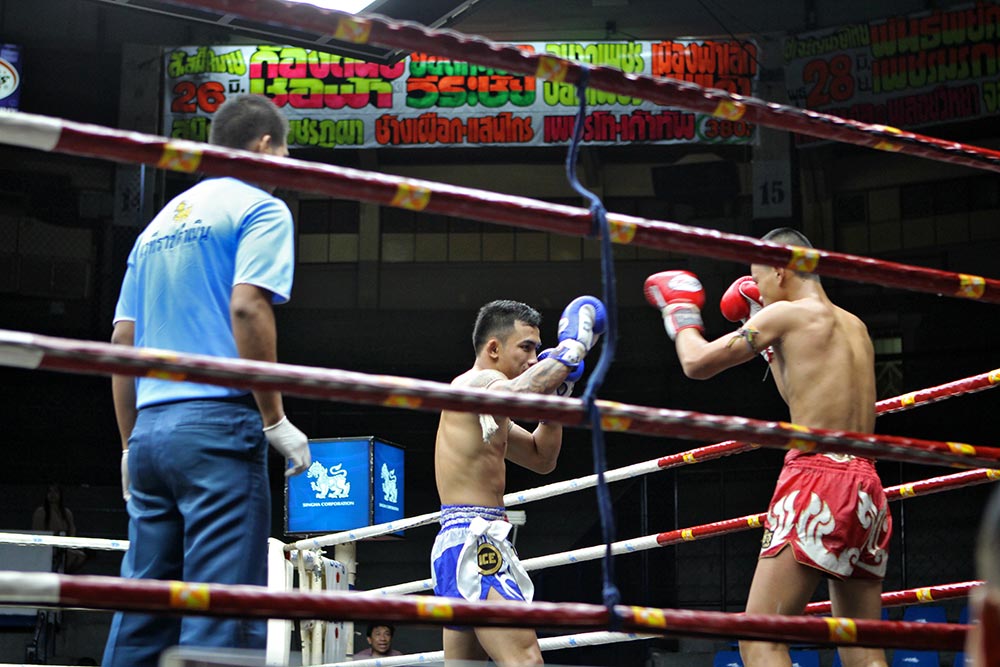 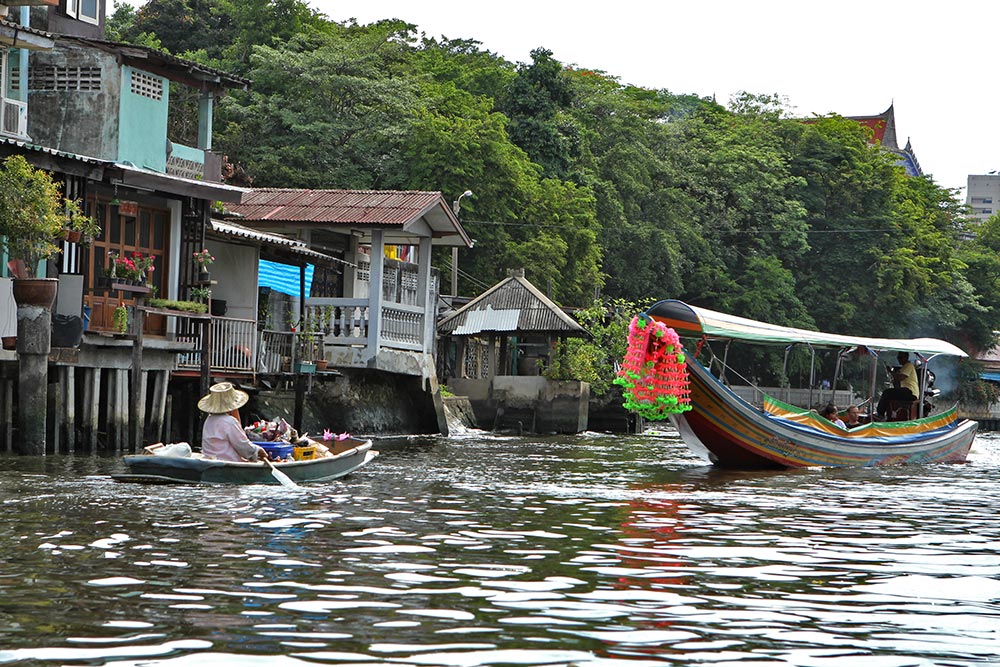 Longtail Boat Tours
With Boats through the Klongs

Canals for traffic, transport and habitat of many people. 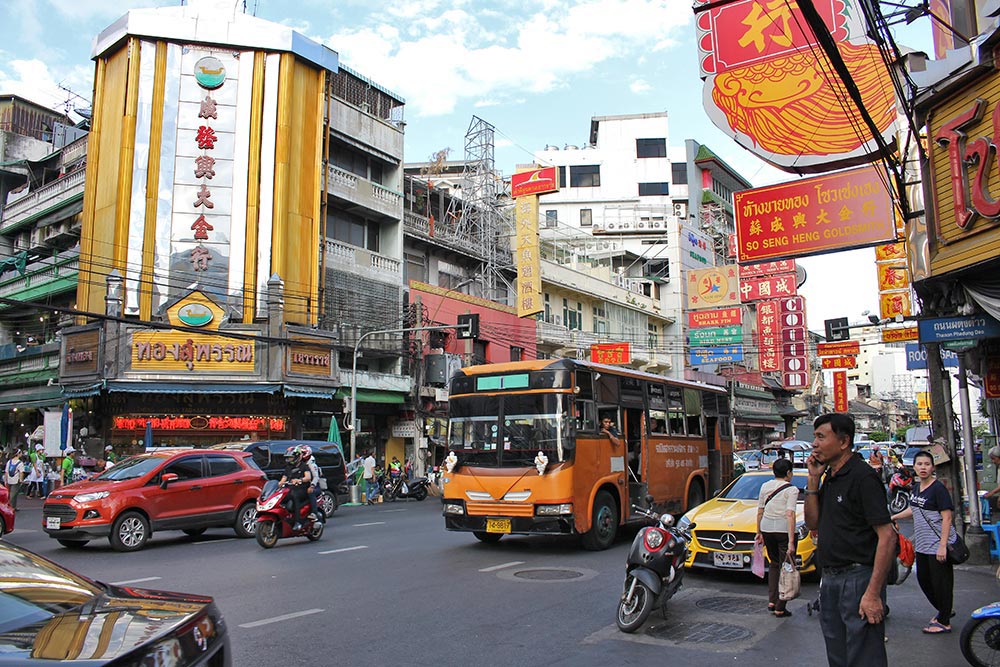 Stalls with delicious food, countless shops, many things to explore. 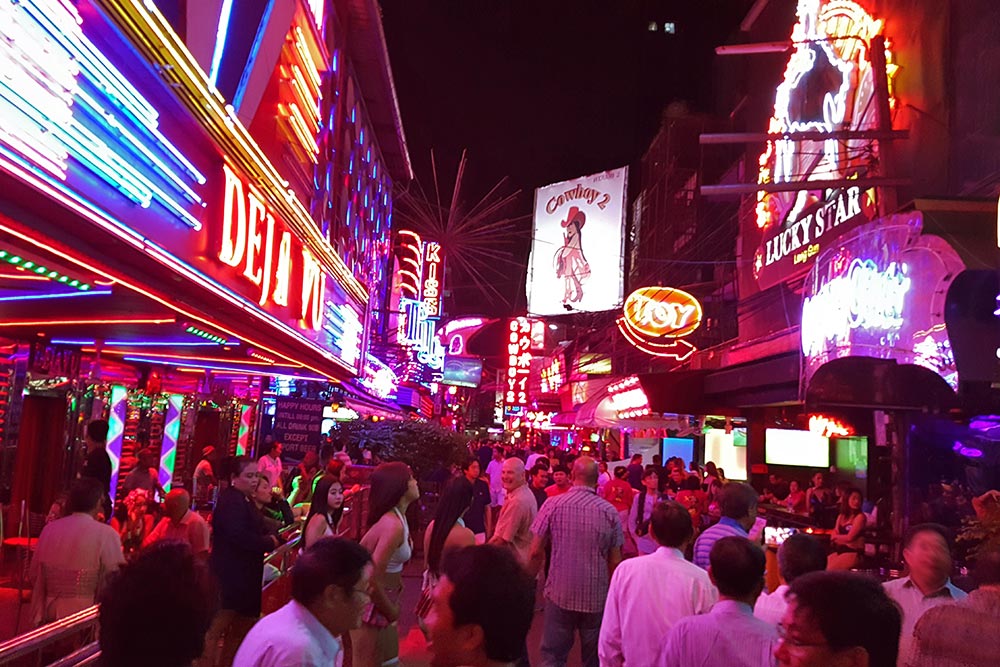 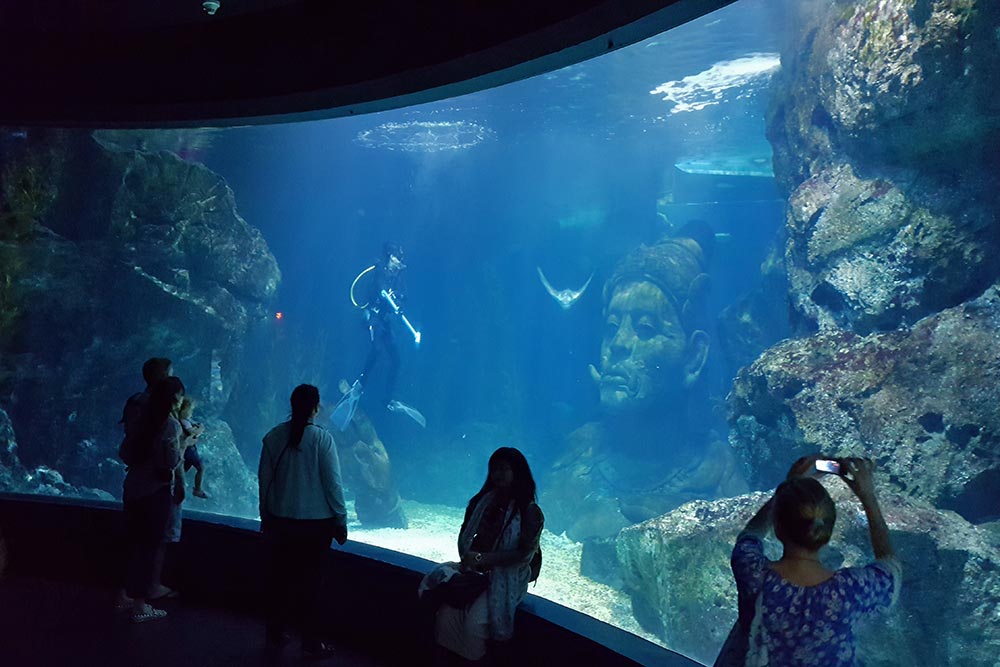 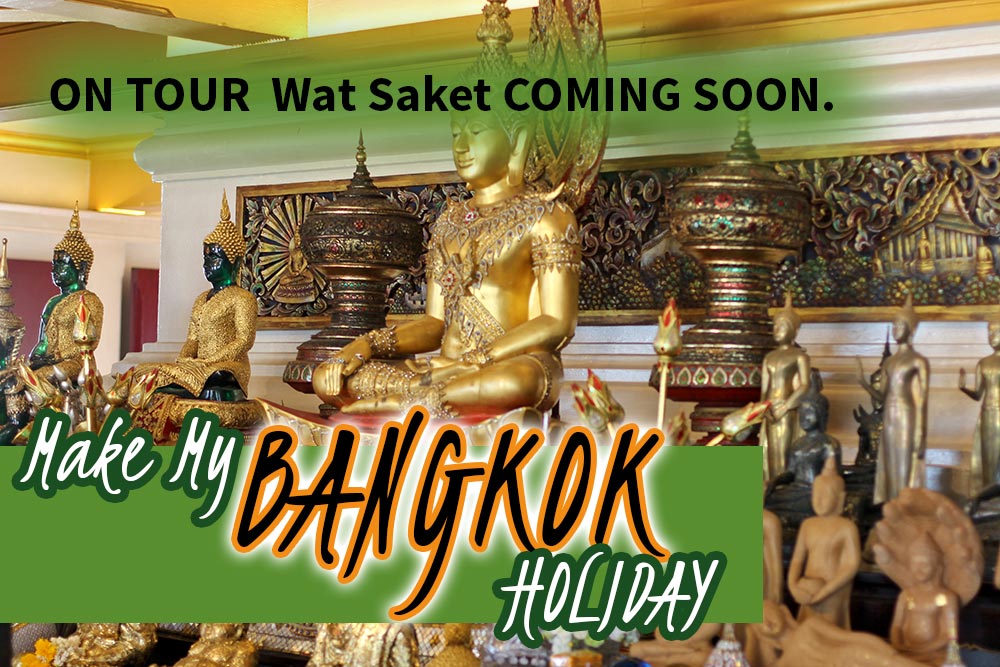 One of the oldest temples in Bangkok, with a golden chedi.

More Information
On tour at a glance 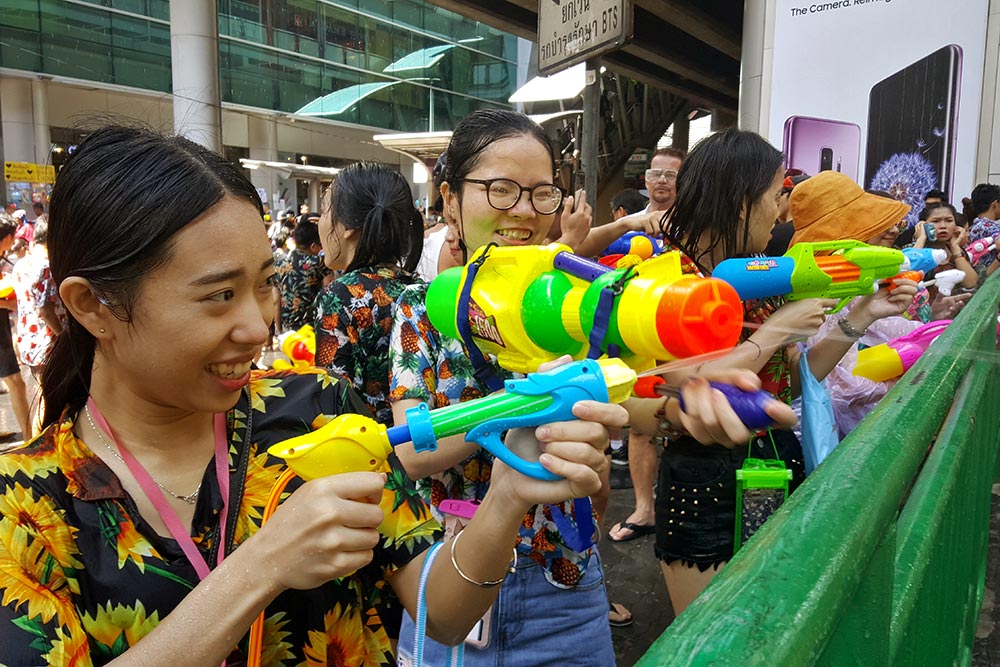 Colorful bustle for the New Year, with fun & water games. 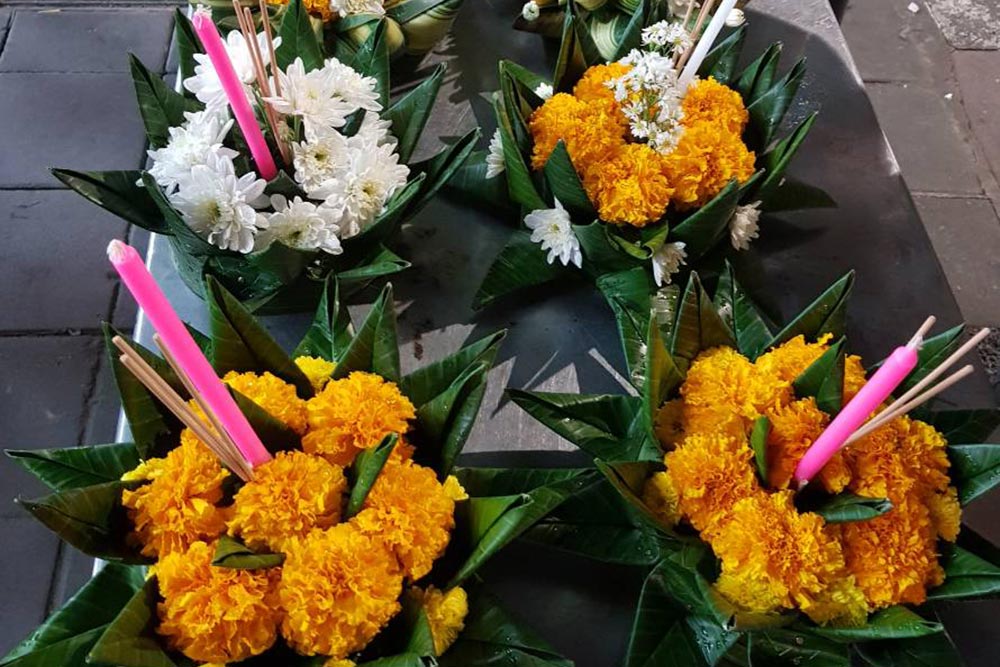 Immerse yourself in the wonderful atmosphere at the Lantern Festival. 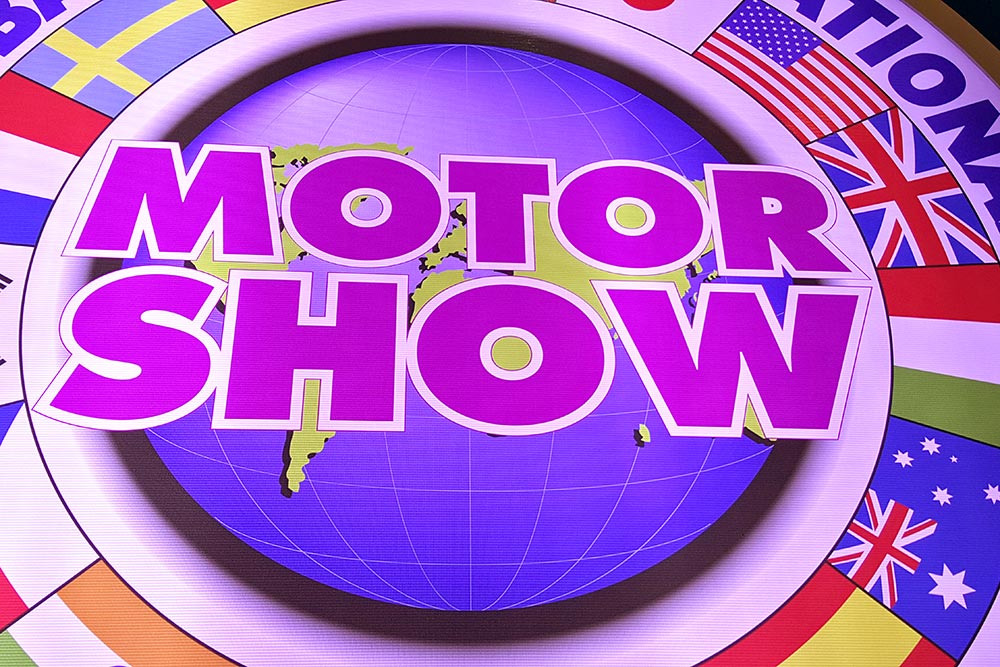 More Information
Events at a glance

From Bangkok to the surrounding area

Not far from Bangkok, there are many beautiful places, a trip for one or more days worth it. 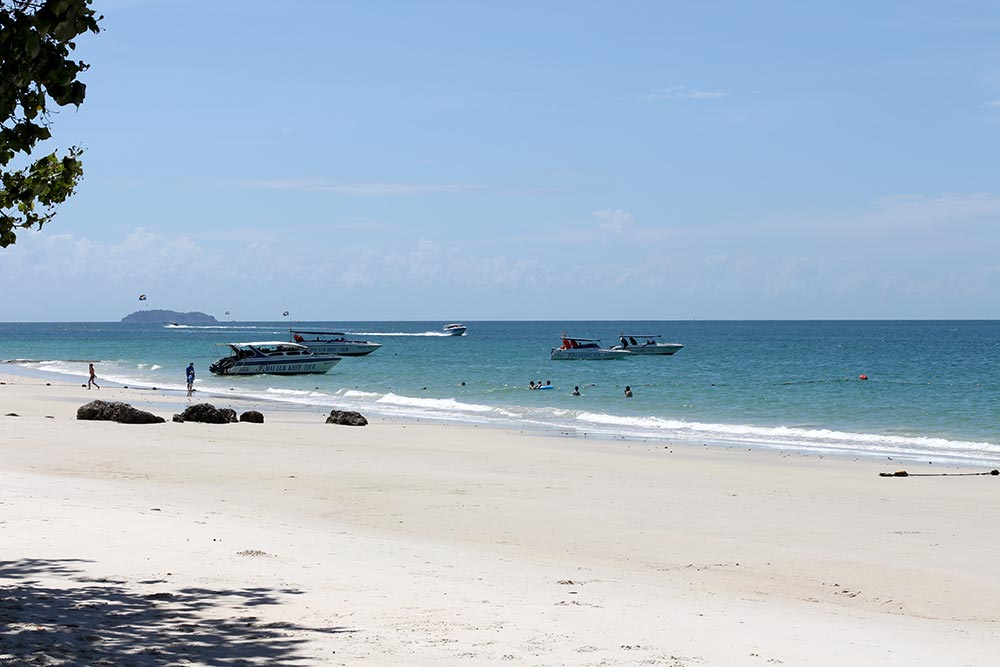 Koh Samed
on the Beach 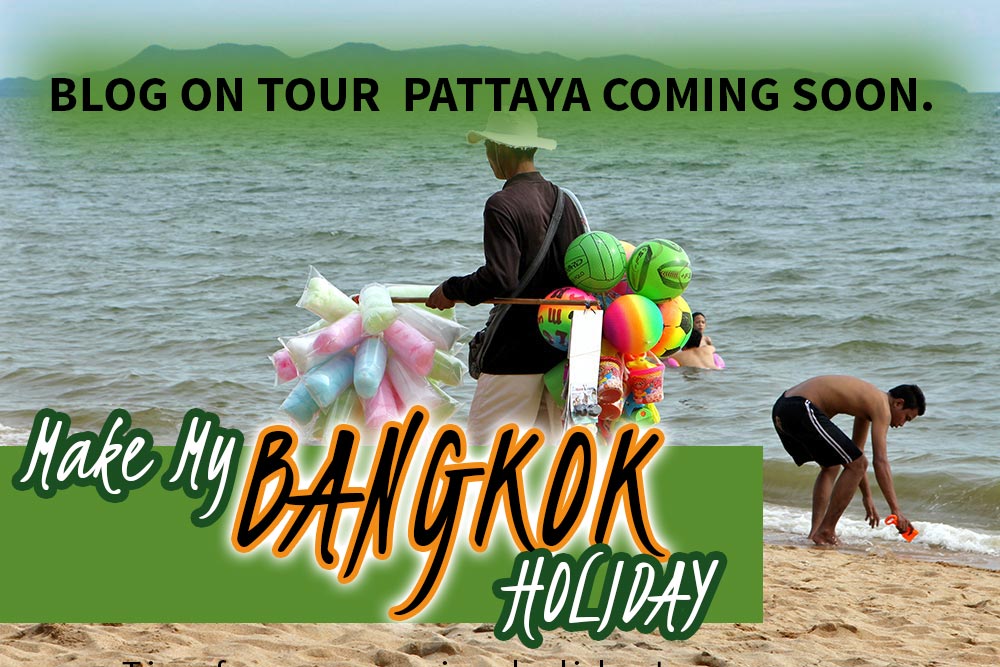 Pattaya
on the Beach 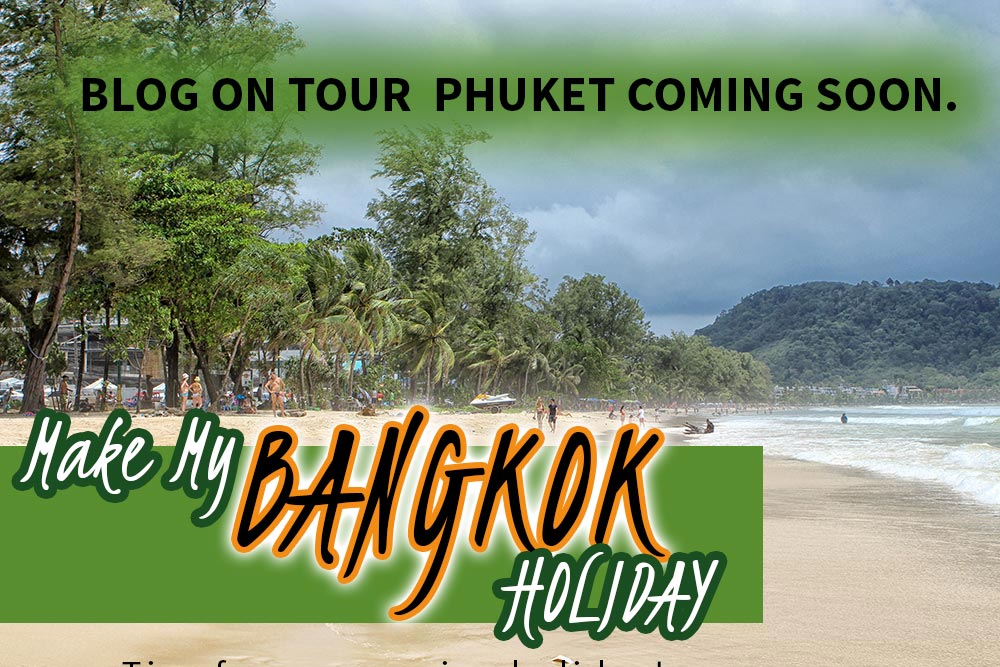 Phuket
on the Beach

More Information
Beyond Bangkok at a glance

What you should know about Bangkok

If you are on vacation in Bangkok, it is helpful to know how to get from A to B, whats about manners,
just to know things that will make your holiday easier. 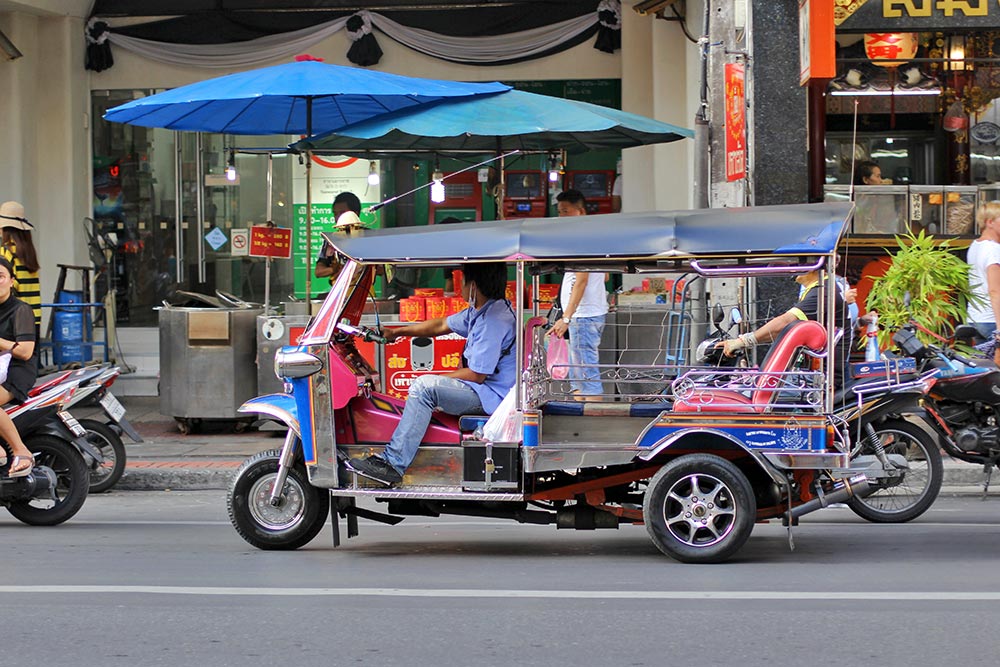 In Bangkok there are many ways to go from A to B and also very cheap. 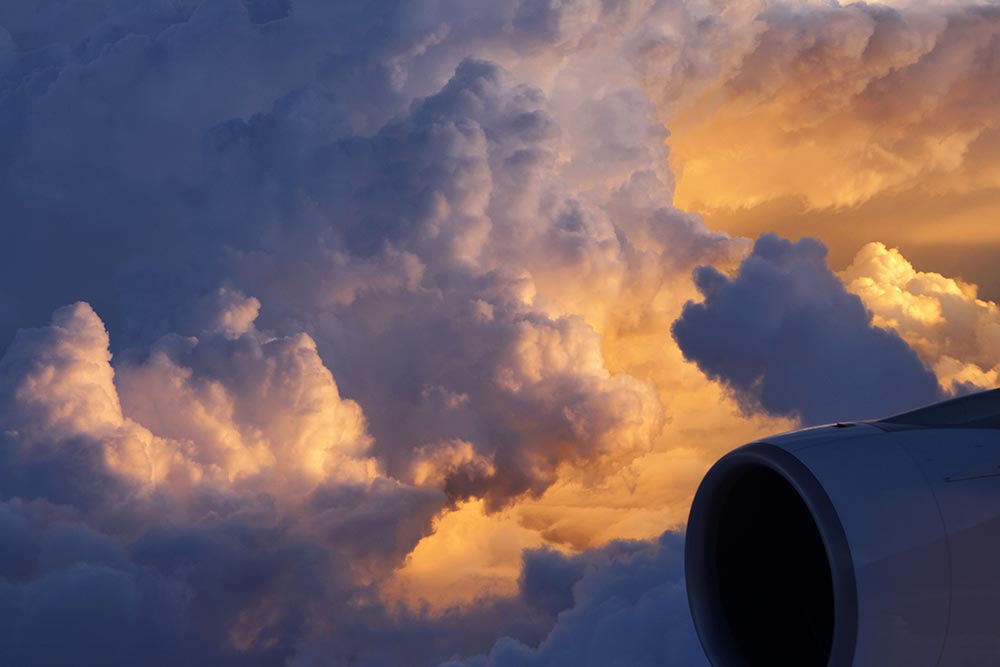 General information for a relaxed journey and for many things on site. 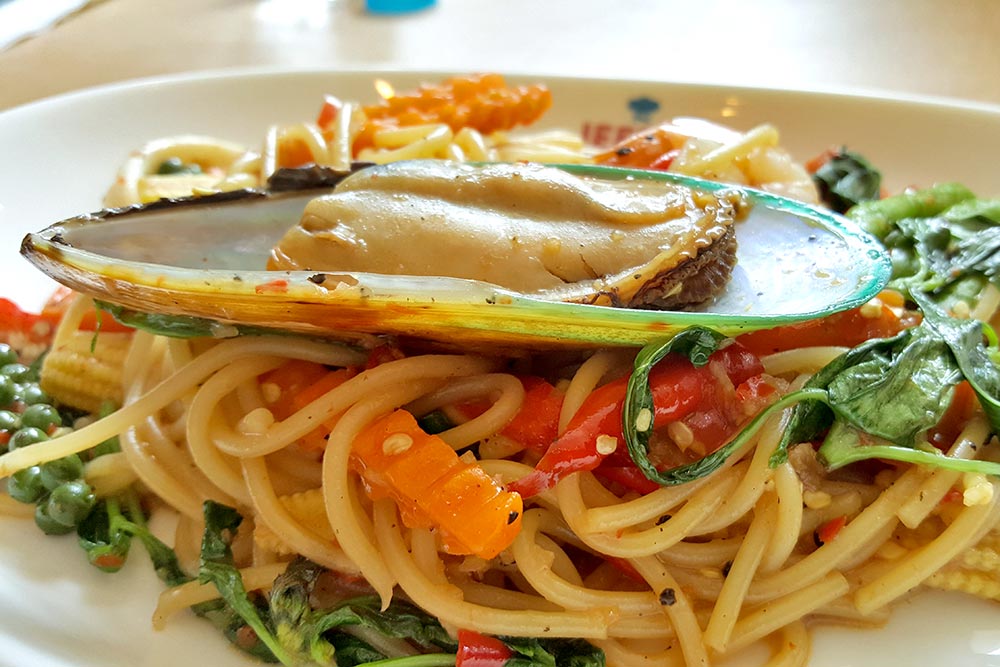 Visit Bangkok and enjoy the variety of extremely delicious food. 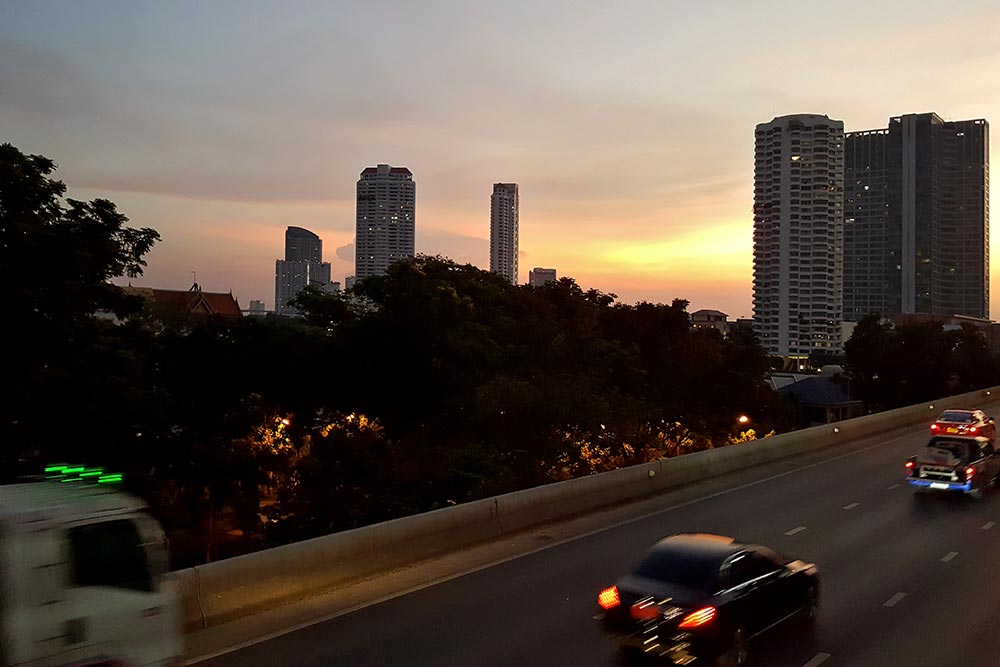 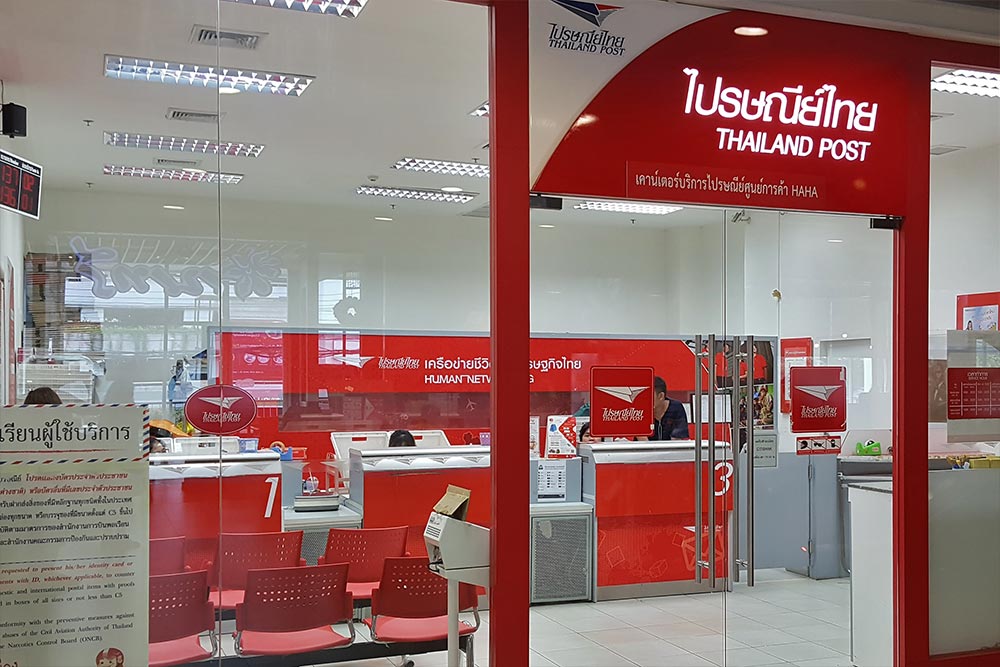 Where you can get your stamps for sending your letters & post cards. 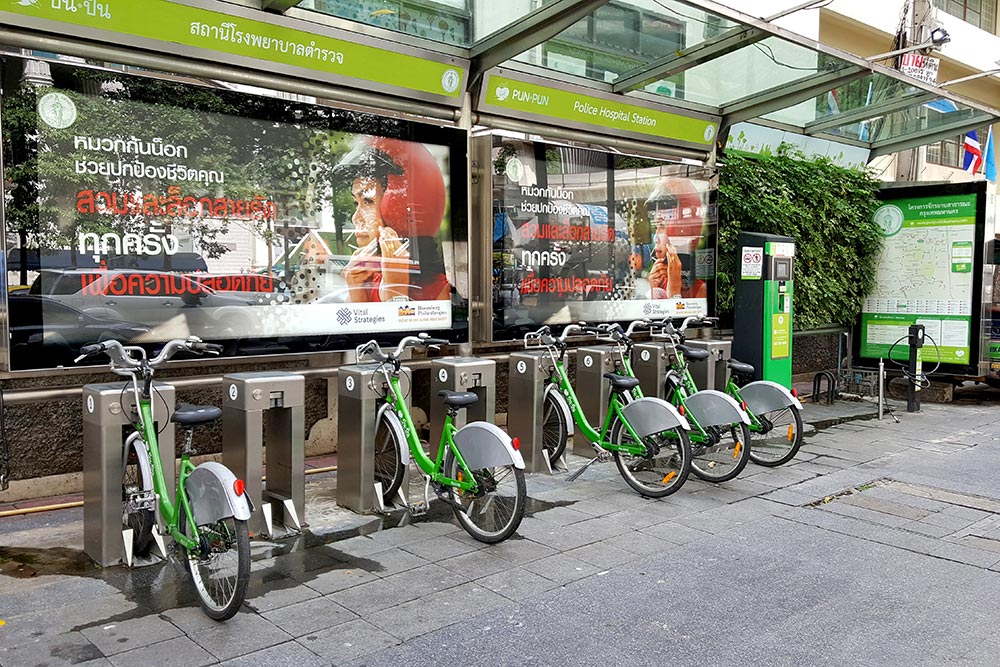 Rent a Bicycle in Bangkok with Pun Pun Bike Share.

Things to do in Bangkok.

Bangkok is a metropolis with many interesting facets in everyday life. Make my Bangkok Holiday will help you with an insight into the diversity of making your holiday an unforgettable experience.